On 31 December 2012 , SRSO and the Helpage International jointly organised a workshop titled "Media Sensitization on Social Protection for Senior Citizens" at Press Club Shikarpur. The purpose was to spread awareness about the rights and protection of Senior Citizens and to resolve the health and financial problems.

SRSO-Gender Advocacy and Development(GAD) Sector organized a seminar on the international Human Rights Day at Sachal Auditorium Khairpur on December 10, 2012. the seminar was attended by lawyers, journalists, writers, intellectuals, religious scholors, notables, working women, and other segments of society including over 400 women of the Khairpur and Shikarpur districts.
Additional Deputy Commissioner Khairpur, Anwar-ul-Haq was the chief guest on the occasion. Event highlighted the human rights especially rural women irrespective of their colour, race, religion or social status. On the occasion a theater presented a play to highlight various types of discrimination and violence against women and the importance of resistance against violence at all levels.

Under the tripartite partnership between Pakistan Petroleum Limited (PPL), PPAF and SRSO, Community Physical Infrastructure project has been initiated for a period of 2 years with a total funding of Rs. 71 million to carry out 120 CPI Schemes in district Kashmore-Kandhkot. 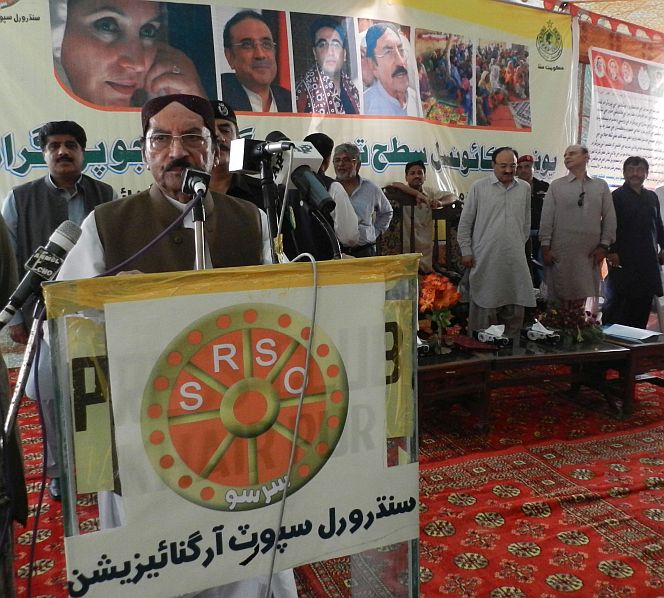 Chief Minister of Sindh Syed Qaim Ali Shah attended the Programme organized by SRSO in Khairpur on 03 August 2012. CM handed over the documents of Sate land to poor landless Harees under the project of "State Land to Landless Harees" funded by Government of Sindh. He also distributed calves among members of Community Organizations organized under the UCBPRP.

To improve health and welfare of working equine animals through capacity building of equine owners, Partnership with the Brooke-Pakistan has expanded with increased outreach in two other districts; Larkana and Jacobabad, besides its presence in Sukkur & Shikarpur.

HelpAge International invited SRSO to become its partner, working for the welfare of older people. HelpAge helps older people claim their rights, challenge discrimination and overcome poverty, so that they can lead dignified, secure, active and healthy lives. 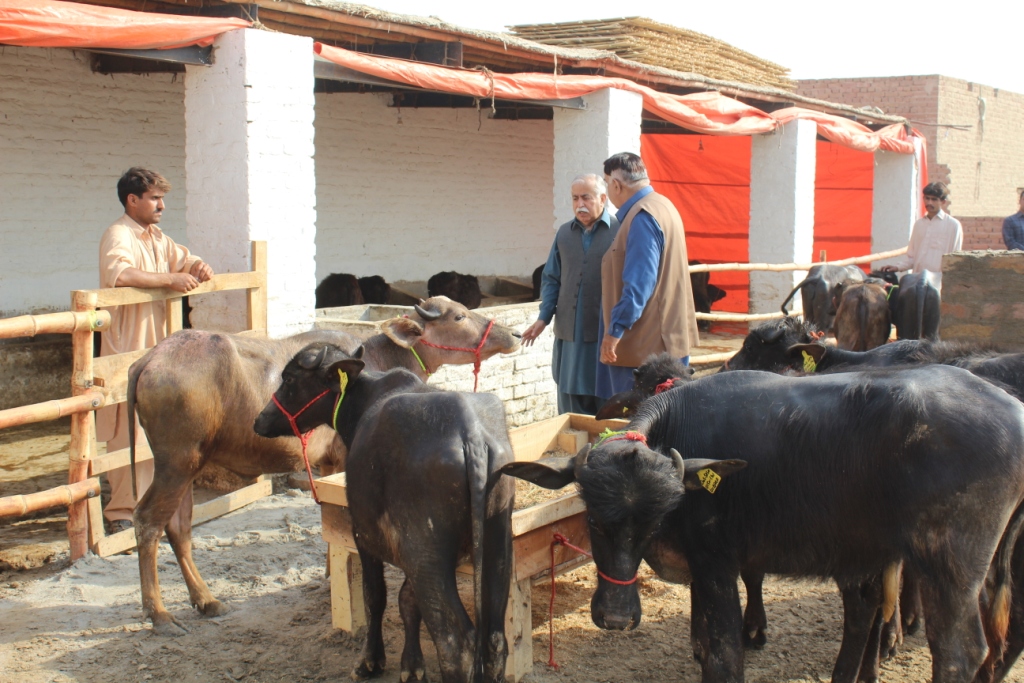 SRSO Livestock Project is new initiative for poor rural women. Under the UCBPRP heifers will be distributed in the housholds falling the 0-18 band of the poverty Score Card. The concept is conceived while looking its feasibility and impact on assests generation by the poorest members of community organizations of Shikarpur and Kashmore-Kandhkot. The initiative is focused to promote Livestock and dairy sector on the basis of cooperative business model as part of the project, a special Initiative for poor women as asset building measure leading to sustained income in future. 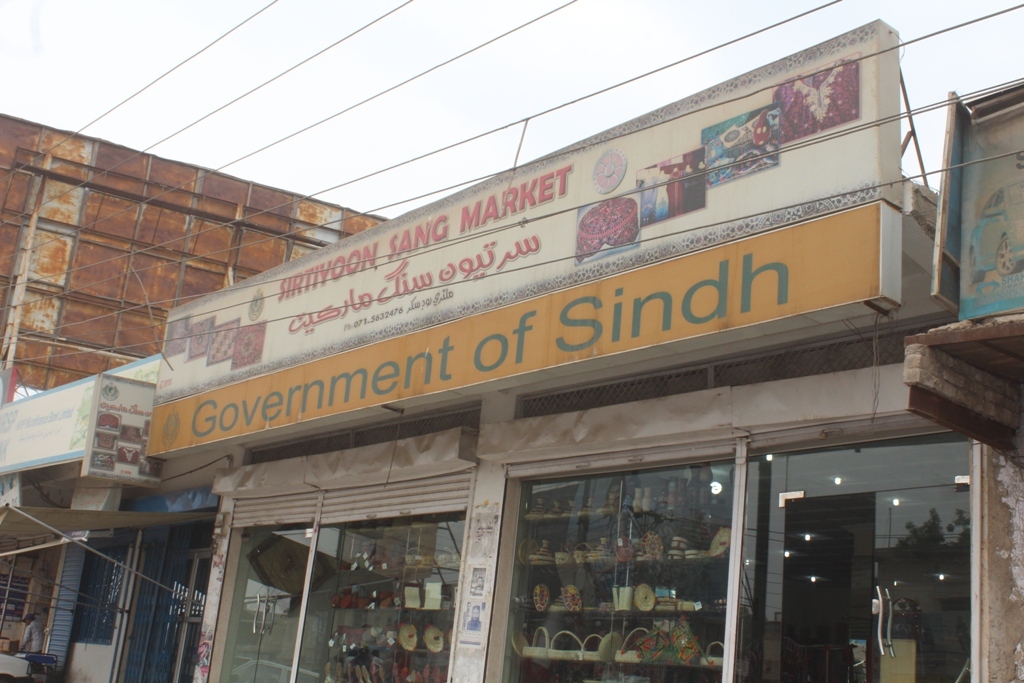 Craft Outlet "Sartian Sang Market" has been inuagurated by Chairman-SRSO Mr. Shoaib Sultan Khan on March 01 , 2012 at Military Road Sukkur. The initiative under UCBPRP includes capacity building of the crafts-persons, Product Development , and its marketing strategies which will enable marginalzed women to have access to local, national and international markets.

With the financial support of the UNICEF, SRSO and RSPN has jointly resolved to implement the Community Awareness Raising for Polio Campaign in 48 high risk union councils of district Larkana, Kamber Shahdadkot, Shikarpur, Kashmore, Jacobabad, Khairpur, Ghotki and Sukkur.

Distribution of DAP, Wheat and Vegetable Seeds among beneficiaries of District Sukkur. 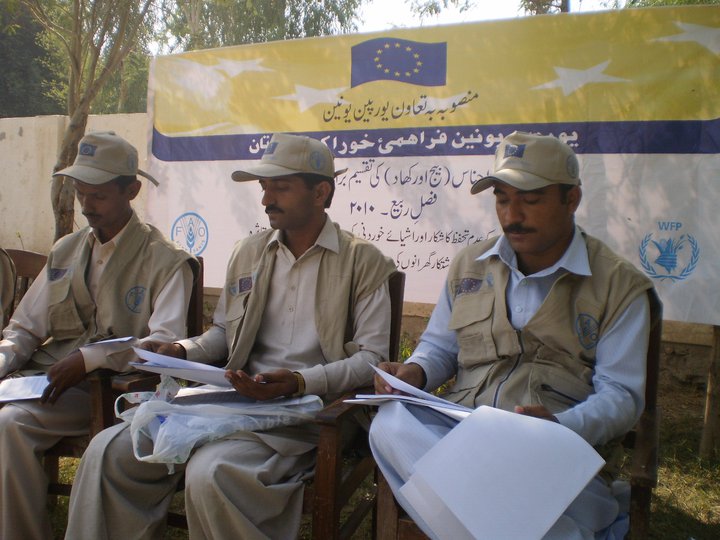 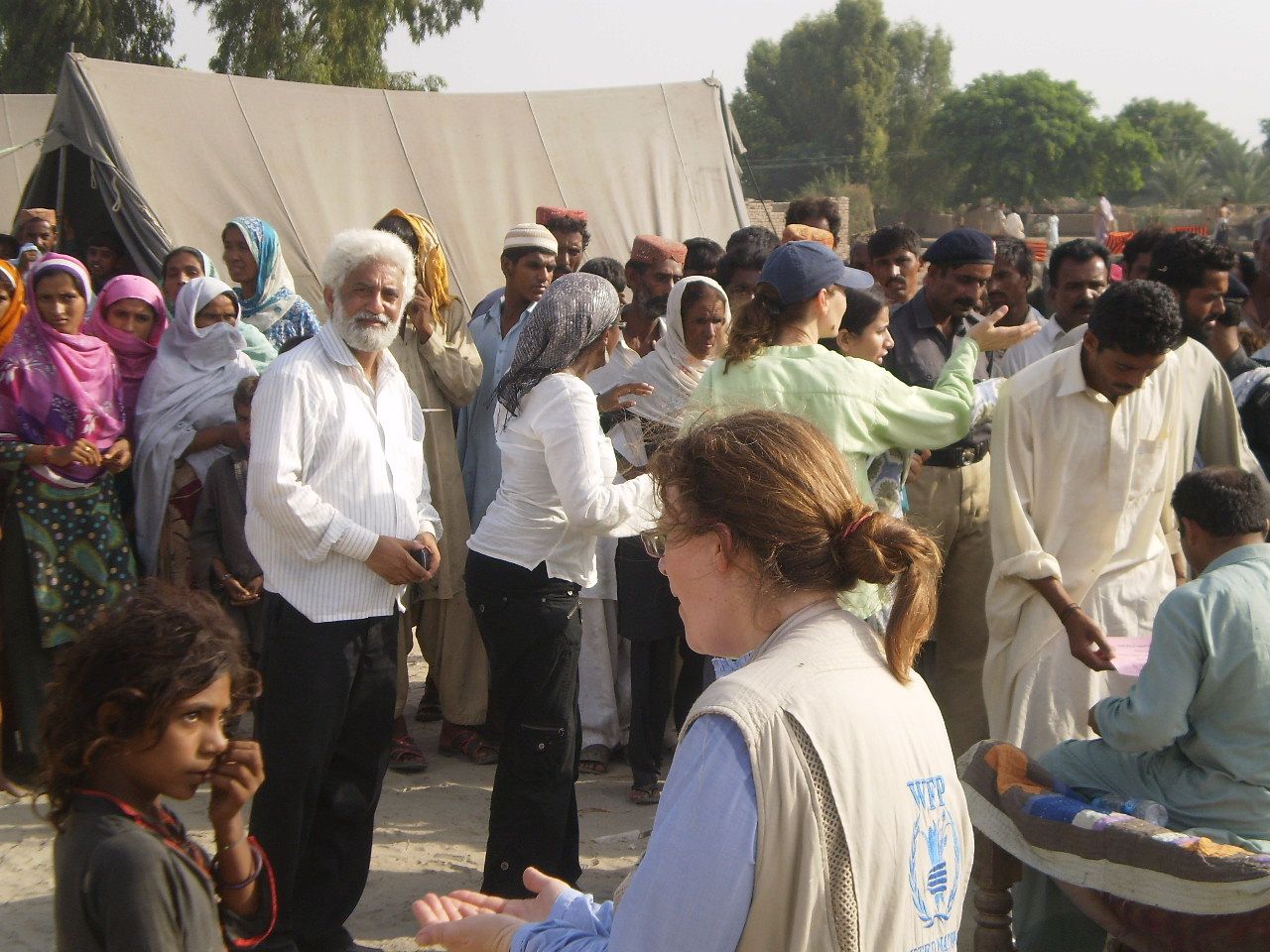 SRSO, with the support of different donors, has started relief and rehabilitation work and support for livelihood and early recovery for flood affected people to generate tangible and meaningful resources to address future-midterm food security and shelter requirements.

With the support of Govt. of Sindh SRSO is providing two times cooked food in relief camps. 40 water purification plants shall be installed in flood effected area.

Support of Water and Sanitation Facilities in Camps with the support of UNICEF.

USAID has supported with Dry Food and Kitchen sets .

Provision of Dry Ration and Cooked Food, clean water, sanitation, shelter & livestock medicine and fodder in Ghotki with the support of PPAF and Engro Corporation.

With the GOAL International Assistance Supply of Shelter, food, fodder, water and sanitation. 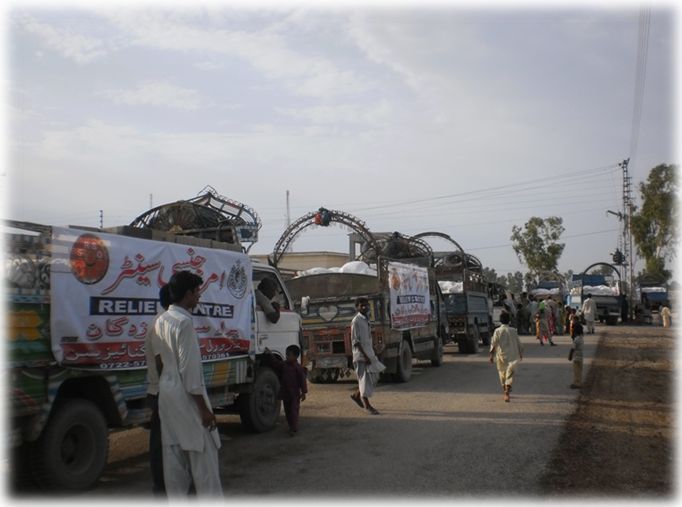 
Relief Activities for the Flood Affected Communities in Upper Sindh 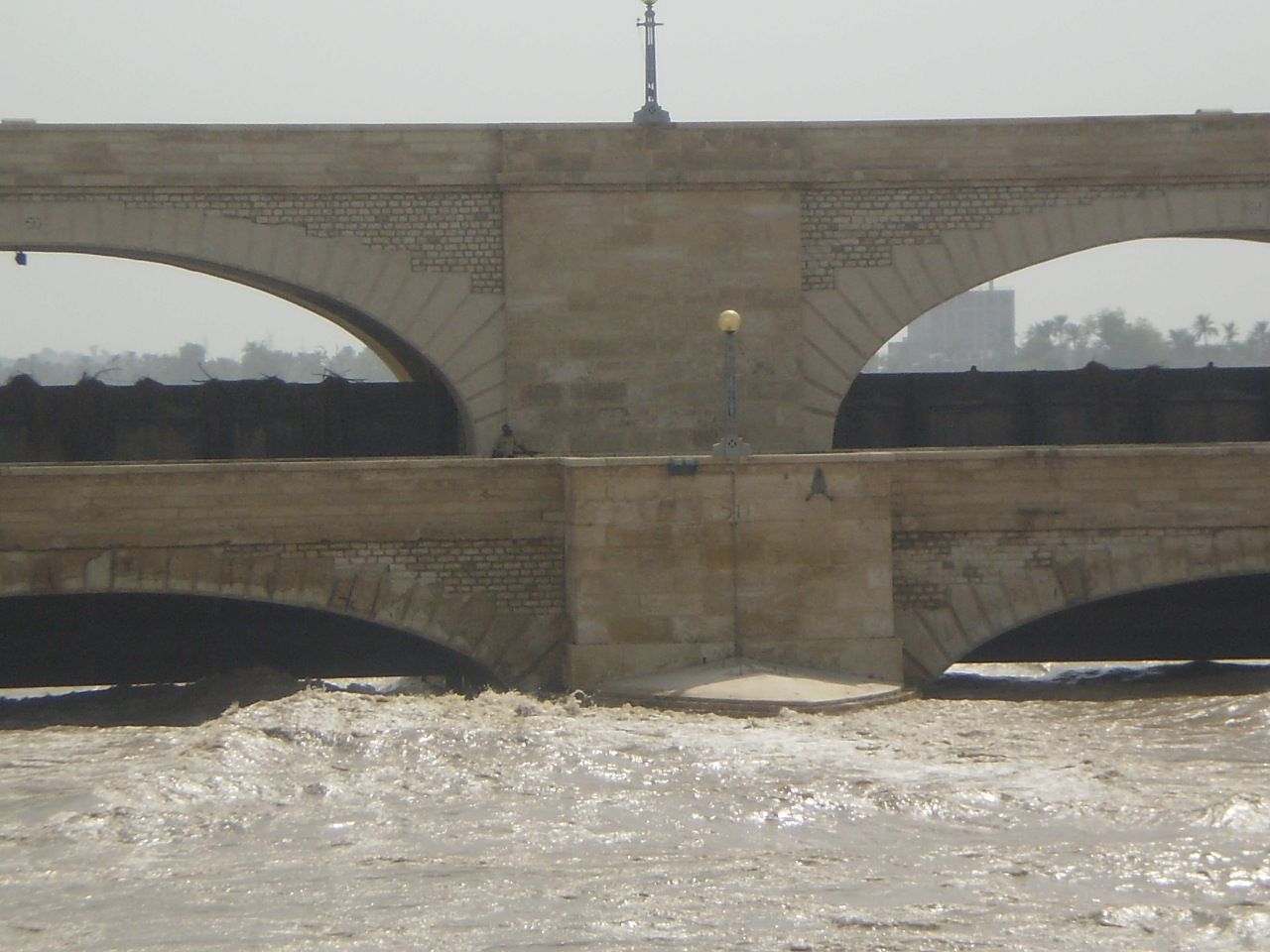 The flood water has entered into the SINDH Province devastating completely more than 11000 villages in the Kacha and surrounding area displacing more than 213,000 households from their villages along with 1,065,000 numbers of livestock. According to the SRSO’s preliminary rapid assessment report the flooding started right from Guddu affecting Districts situated at both banks of River Indus namely Kashmore-Kandhkot, Shikarpur, Ghotki, Sukkur, Khairpur, Larkana, Naushero Feroze.

It was August 7th 2010 breach of Torri caused heavy devastation in northern part of Sind. Flood inundated more than seven districts of sindh including Kashmore-Kandhkot & Shikarpur. As it was the unusual flood that brought people on the roads, and washed away their belongings, livestock and their Serial foods for their survival. People became shelterless as their shelters either destroyed or are inundated under heavy flood.
Sindh Rural Support Organization, in response to extensive floods in Sindh, launched flood relief operations on August 08, 2010 in its operational area. SRSO has also established an emergency cell which has been working since declaration of emergency along with Village Rehabilitation Program (VRP) unit which has started working independently with a dedicated team of engineers and town planners.
Initially, SRSO started its relief operation with the provision of cooked food to the displaced people; fodder & vaccination for livestock; and provision of safe drinking water through tankers. Subsequently these activities were complemented by other donor activities such as distribution of dry rations, installation of hand pumps, temporary latrines, temporary shelters and health and hygiene awareness sessions.
Hundreds of thousands of affected people are still in relief camps and require comprehensive relief support in the form of dry rations, safe water and health and hygiene facilities. People who have returned to their native places need support to earn their livelihood and construct homes. There are areas which are still submerged in stagnant water. These people still need food and transitional shelters, perhaps till the next crop cycle which may be at least eight to nine months from now or until they have alternative sources of livelihood.

Honourable Chief Minister Sindh Syed Qaim Ali Shah visited SRSO on April 24, 2010 in Shikarpur and inuagurated the Launching Ceremony of "Sahet Slamat Card". Minister for Local Government Mr. Siraj Durrani,Housing Minister Agha Taimoor khan, Spaecial Advisor to CM Agha Arslan Khan , Mr. Aftab Shaban Mirani, Ministers Sindh Assembly , DCOs, officials of Pⅅ(GoS) and media persons were also present in the ceremony.
The SRSO and UCBPRP intervention were demonstrated through stalls and CM along with other guests visited the stalls.CEO-SRSO thanked the Chief Minister and the Govenment of SIndh for providing massive funding for the Program and above all their trust on the SRSO. Organised Community Leaders shared their success stories and Socio-Economic positive impact of the program into their lives before nd after the support taken from the SRSO under the Union Council based Poverty Reduction Program.

The Chief Minister Syed Qaim Ali Shah inuagurated the "Sahet Slamat Card" and distributed cards among rural women of Shikarpur and Kashmore-Kandhkot. The Sahet Slamat card is an initiative of the Govt. of Sindh to provide Micro-health Insurance to 56, 000 poor rural households of Shiakarpur and Kashmore-Kandhkot, through which the entire family is provided health insurance for upto Rs. 25,000 per member.

Addressing to the audience CM appreciated the role of the SRSO and said; "It is a very unique program where more than 5000 rural women have participated and like wise same ratio of communities have benefited from the UCBPRP according to the plan". Mr. Qaim Ali Shah excitidly shared that he is proud of SRSO management and UCBPRP team who have showed a great social change in the life of marginalized communities of rural Sindh, although it was a big challenge and SRSO has completed this in a very professional way.

With the Support of Government of Sindh Project has been initiated for the allottment of State Land to Landless Harries and completed one year successfully.

Government of Sindh Funded Union Council Based Poverty Reduction Program is in Progress and achieved its targets as per plan in Districts Shikarpur & Kashmore-Kandhkot and completed one year successfully.

With the Financial support of Government of Sindh Construction of 200 Low Cost Houses has been initiated for Homeless that are living below the poverty line.

Wheat distribution of 4000 bags amongst 2000 beneficiaries has been completed in 4 UCs of district Sukkur from 1st March to 8th March 2010 , under the project "Combating Rising Food Prices in Pakistan" supported by World Food Program(WFP) . 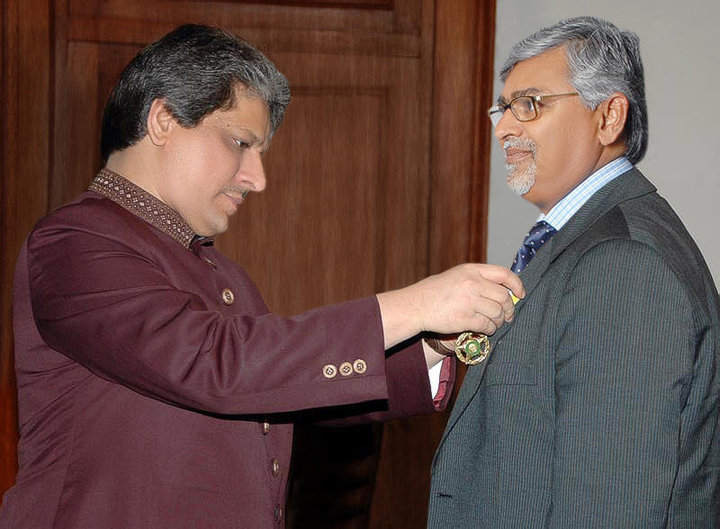 In recognition of Dr. Sono Khangharani's (CEO - SRSO/TRDP) outstanding and meritorious services in the field of Social Services the president of Islamic Republic of Pakistan has awarded him Sitara-e-Imtiaz on March 23, 2010.

Atricle Published in the Dawn Newspaper