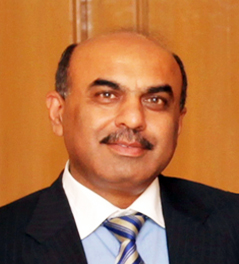 Mr. Naseer Memon is a Development Professional, who has been working with prominent organizations in development sector, academia and corporate sector of Pakistan for more than 18 years in research, teaching, training, administration, project/program management and development consultancy. He served as a Chief Executive of Strengthening Participatory Organization (SPO), which is one of the largest civil society and capacity building organization of Pakistan, primarily working for democratic governance, human rights and conflict resolution. Before that he was associated with an international organization “Leadership for Environment and Development” LEAD-Pakistan as Provincial Coordinator.

Mr. Naseer Memon has also been teaching the subject of Environmental Engineering in Mehran University of Engineering and Technology, Jamshoro for 05 years. Mr. Memon has also remained associated with World Wide Fund (WWF) Pakistan as Conservation Manager for Sindh Program. He has worked with a leading private sector organization Premier Oil in Environment and Community Development Department for two years. He managed several community projects in Sindh and Balochistan provinces. He is associated with Sindh NGOs Federation (SINGOF) as a technical advisor. He is also providing technical assistance to number of CBOs and NGOs regarding preparing project proposals, project reports and organizing community level activities. He worked with UNDP as a Monitoring Officer for Drought Relief Assistance Project.Mr. Memon is also a Fellow of LEAD Pakistan and serves on the Board of Directors with several national and international experts/organizations on variety of projects including Non Formal Female Literacy, Sustainable Flood Disaster Mitigation, Land Degradation, Lake Pollution and Resettlement.

Mr. Naseer is the author of number of articles in Sindhi and English newspapers, newsletters and magazines regarding socio-economic and environmental issues. He has been awarded Green Journalist Award by Sindh Environmental Protection Agency (SEPA) on his articles on Land Degradation in Sindh and Environmental Education Award by IUCN on his article 'Environmental Degradation of Manchar Lake'. He also possesses five years experience of working journalist as a sub editor, feature writer and columnist. He has written number of articles on the issues of social development, environment, water resources management, etc. He has extensively written in English in local newspapers. He has authored three books in English and seven in Sindhi language.